“I have been doing business with Ken Dab-Row for over 14 years. In today’s world, everyone is looking for that “silver bullet”, or that one thing that makes you successful. I’ve had many so called “silver bullets” I’ve tried, but one component that stood the test of time is Ken Dab-Row. He has helped me throughout many “turnaround” projects I have had throughout my career, but the most recent is the most impressive. With the aid of Ken’s marketing ability, creativity, and ingenuity, I was able to move a Ford store that was dead last in the state of Arizona to not only 1st place in the State, but 20th in the Nation and climbing.

The ads Ken writes are original, memorable, and cut through the clutter. His production capabilities are top notch and comparable to outfits 4x his size. His ads are not only memorable, they become mini-jingles in the public that are repeated and live on long after you stop running the spots. Ken’s background and age bring timeless ingenuity and marketing that has worked for over 100 years and continues to work today.

I would recommend Ken Dab-Row to any company that wants to be the best in its market, or any market for that matter. He is a man of honor and integrity that is seldom found in today’s business world. Ken’s work cuts through the clutter and resonates with any age buyer, which is almost impossible in today’s variety of medias. He is a champion in advertising and making any business very, very profitable. If I were you reading this, I would hire Ken before your competitor reads this and does.” 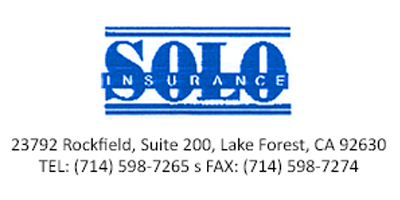 “Dab-Row has crafted a radio, TV and infomercial format for Solo that has the effect of a “media blitz”, but with a conservative budget. The distinctive ads have made a mark for us that has been the cause of our considerable growth.Dab-Row was so successful that we found ourselves in a pleasant “catch 22”; we could not staff our offices fast enough!

I highly recommend Ken, his talent and organization to anyone who wants to make a true impact with every advertising dollar.”

“The proof is in the numbers. Our floor traffic and unit sales have almost doubled. The radio commercials they produce are hard hitting, stand out from the rest and produce immediate results.”

“We have tried other advertising agencies and felt their creative was weak and lacked branding ability for our stores here in Poway. As a General Manager and having used Dab-Row in the past with a measurable increase in sales, I have been very happy with your services.”

“I can honestly say that my business wouldn’t be as successful had it not been for your creative and very effective radio commercials. From the very first month we were on the air … your commercials instantly delivered customers to our front door.

I would highly recommend your agency to any new car dealer who wants to dominate and become the most successful dealer in their market. You guys did it for me.”

“DAB-ROW Radio Delivers! We feel our traffic has continually improved and our name recognition is second to none … Keep up the good work, our sales department can’t wait for the next spot.”

“When you walked into my office four years ago, I felt that it was a gamble to use radio to sell RVs. After all, dealers in my industry had to show units … not just talk about them. Well, today the numbers speak for themselves. You’ve obviously made a believer out of me and turned a lot of heads in the industry.

It was a big decision to hold the first exclusive Thompson’s RV show last July, and fortunately we did, because it turned out to be the best show in our history, including RVIA.

Of course, our reaction was to repeat it, but our timing was questionable: the week after New Years? In spite of rain and being off-season, we sold 122 units in two weekends, when other local dealers were selling 10 – 12 per week. Need I say more?

Overall, Thompson’s RV’s total dollars were up 20% last year in a market where travel trailers were flat and motor home sales were down 14%.

I’m glad you made that trip 4 years ago … we’re certainly looking forward to another successful year with Dab-Row!”

“My nine-year relationship with Dab-Row Radio has been nothing short of result-oriented. Every year Cerritos Ford, Isuzu, Lincoln-Mercury and Infiniti have experienced increased sales and market recognition from our Dab-Row Radio campaigns.

With the combination of my aggressive special factory purchases and your aggressive radio campaigns, we’ve been able to move product that quite frankly, other dealers were reluctant to buy.

I’d recommend your agency to any automotive dealer who is looking for a cutting-edge radio campaign that produces results.”

“Nicholas Chevrolet has approximately 75% of our budget all for radio. Ken Dab-Row’s ability to target market has proven to me, and my staff, to be very effective, time after time. We have run campaign after campaign … and have immediate, effective results.”

“As a perennial print advertiser, Hustedt Chevrolet has always enjoyed great success. But since joining the Dab-Row family of advertisers, we have found that our diversification has given our firm a radio face that is easily recognizable to the average consumer. “Yippie Yai Yo Kaye!” … that simple phrase has stormed over the air waves and has provided Hustedt Chevrolet with thunderous results.”